Baldness is a hereditary condition that affects around 80% of men by age 80, with male pattern alopecia being the most common type. It’s important to note that this doesn’t mean you’ll get bald at some point. However, if you do have a family history of alopecia, then there’s a greater chance than not that you’ll lose hair as well.

When we say “heredity” here, we mean that your parents or other close relatives had alopecia. This could be due to genetics or caused by certain medical conditions such as thyroid problems or diabetes. If you have no family history of alopecia and you’re suffering from this problem, then it may not be as serious as it sounds! 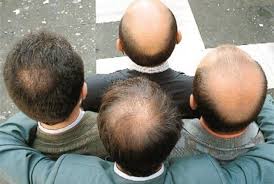 What is the balding gene?

The balding gene is a predictable pattern referred to as male-pattern baldness and female-pattern baldness. This condition causes an individual to have hair loss in certain areas of their scalp. The degree of hair loss is variable, but many factors contribute to it—including genetics, hormones, and environmental factors.

Male pattern baldness is the most common form of male pattern alopecia, also known as androgenetic alopecia. It affects about 80% of men over 45, and it’s caused by hormones that start to decline as they reach middle age.

Fundamentally it starts with a receding hairline around the temples and crown of the head, then progresses to a widening at the top of the head, producing a horseshoe-shaped hairline. The sides of the head are usually flat or slightly concave, and there may be some thinning on top of the head.

Female pattern alopecia is an entirely different matter, and it’s caused by genetics. It tends to occur in women during their childbearing years (typically between ages 20 and 40), but it can also happen at any time. In some cases, the hair loss is mild; in others, it’s more severe and may involve thinning patterns across your scalp.

Because there are so many patterns—and because they can vary from person to person—it can be hard to know what kind of hair loss you’re dealing with when you look in the mirror. But if you’re worried about losing your hair due to genetics or other factors outside your control (such as stress!), there are things you can do both inside and outside your.

Baldness is a genetic condition that can be inherited. The most common type is called androgenetic alopecia, which is caused by a hormone imbalance known as dihydrotestosterone (DHT). The causes of hair loss are numerous and varied.

Hormone levels in the body may become unbalanced from hormones or medications such as birth control pills, some anti-depressants, and anti-anxiety medication. Hormone levels can also change after certain surgeries.

Alopecia areata is another that’s caused by inflammation in the scalp. This inflammation causes hair follicles to shrink and become less active, which leads to hair loss.

Any drug or supplement that interferes with hormones (such as steroids) will result in the problem.

Stress can be a factor for this issue. It can also cause other issues like depression and other mental health issues. If you are experiencing stress or anxiety, you should seek help immediately. The sooner you get help, the better your chances of re-growing your hair back!

We can’t make Baldness genetic prediction; However, Based on current research, we can conclude that baldness is a genetic trait. In other words, it’s not something you’re born with—it comes from your parents and siblings.

If you’re wondering how to prevent or treat, keep in mind that there are many factors in this condition. It’s not just genes—diet, stress levels, and hormones are involved.

So if you want to avoid going bald in the future, consult hair specialist near you in Lahore or get free consultation at our clinic.